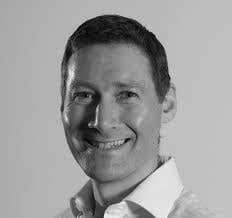 1. How did you first get into retail, and what attracted you to the sector initially?

I started in location planning and quickly became fascinated understanding just how consumers actually make choices. Sounds easy but turns out it isn't.

2. How has the retail sector changed since you first began your career, and have you had a role in the changes?

The advent of the internet and the digital revolution has changed everything. The shift in power away from retailers to consumers has been seismic. For my part I have specialised in using consumer data to help make better price and promotions decisions, something that is done everyday but largely blind to the data. It is largely understood now that data is an asset that deployed well gets retailers closer and closer to customers, which is what retailing has always been about. This is just the 21st century iteration of retail improvement.

3. If we bumped into you outside the office, where would we most likely find you?

In the dojang, teaching martial arts.

4. In light of recent high profile retailers going under, how do you think retailers should be adapting to stay alive?

Don't assume you know the right product, price, promotion, location. Use data to prove it out preferably consumer data.

5. What excites you about retail?

It's so fast moving, unpredictable and such a big part of our daily lives.

Show All People in Retail