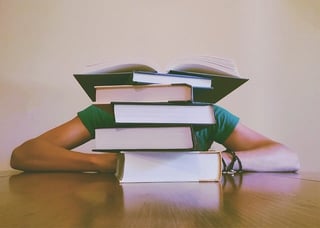 This article builds upon a previous look at psychological pricing, and covers seven pricing studies that will challenge you at your next pricing review, and even provoke discussion around pre-conceptions you may have on certain pricing strategies. Discussion points include: how the number 9 is not as all powerful as you may think, and that offering services for free can in fact benefit your business.

1. Sell on time rather than price

Jennifer Aaker, a Professor of Marketing at Stanford Graduate School of Business, set up an experiment with a lemonade stand using two 6-year olds. The lemonade could be purchased between £0.50 and £2.00 (customer selected), and 3 different marketing slogans were used:

The results were clear. The sign referencing time brought in twice as many customers. Even better than this, they were willing to pay twice as much.

The study also showed that 48% of business analysed, their marketing was based on experience, or time spent with their product. Think of all those car adverts that you see, sometimes even without a narrator, as four young people drive the night away with the top down of their car, and nothing but a clean city landscape in front of them. Or how about the Disney Parks slogan “Where dreams come true”.

2. “Useless” Price Points may not be so useless

Differences between your price points can have a direct correlation to your customer’s perceived value of your product or in other words, how they justify to themselves what they will and won’t buy from you.

Daniel Ariely looked at a pricing situation he encountered when purchasing a subscription to The Economist. He noticed a peculiar three tiered pricing structure, where two out of the three options were priced the same:

Now at first glance this may seem like an odd tactic. What is the point of option 2 you might be asked, when for the same price I can get the web version as well by choosing option 3?

By eliciting this exact response, this “useless” price point, has in fact become very useful indeed. It is encouraging you to be a “value seeker” rather than a “bargain hunter”. It encourages you to go for option 3, with option 2 being your comparison. Take away the middle option, and option 3 does not seem like such a good upgrade.

3. The Secrets of Weber’s Law

According to a principle known as Weber’s Law, “a change in something is affected by how big that something was beforehand”. When applied to price increases, you should ensure a rise is not more than 10%, as this is typically to be met with smaller resistance from your customers.

4. The importance of framing a product’s value

The Carnegie Mellon University (CMU) showed the importance of framing a product’s value. They showed that is much easier for a human to evaluate how much value they are getting out of an $84/month subscription, over a $1000/year subscription, even though they average out to be about the same cost.

5. Offering some services for free does work

“Free” brings out many emotions, as shown is an example presented in Daniel Ariely’s book Predictably Irrational. He documented that Amazon’s book sales were drastically lower than all other European countries. The culprit was that in most countries, shipping was free. In France however, there was sometimes as much as 20% shipping added. It’s best not to sweat the small stuff and put road-blocks in front of conversions.

Many articles reference an MIT study whereby a standard item of women’s clothing was tested at prices of $34, $39 and $44. It was shown that the item marked at $39 sold best, even though the same alternative was available for $5 less.

It must also be considered, that there is a strategy that has been shown to be more powerful that the number 9. William Poundstone in his book ‘Priceless’ shows how discounting with messaging like ‘$40, was $50’, was much more effective than pricing the product at $39. Taking this example back to women’s clothing, what would the extra dollar mean to a business like that? If they’re selling 10,000 items, that's not a bad return for using a pricing strategy like this on just one of their products.

7. Cost Plus Pricing can be sinful

An oldie but a goldie case study to look at is Wang Laboratories, described by Rakesh Vohra and Lakshman Krishmanurthi in their book Principles of Pricing. Wang was a computer company founded in 1951 in Cambridge, Massachusetts. In 1972 they launched a word processor that hooked up to an IBM typewriter. The labour and cost savings of using this tool were immediate and remarkable. Complete work not longer had to be retyped if there were errors, and work could be saved and retrieved later. By 1976 it was a huge hit, however they used the cost plus pricing model to come up with the price for their revolutionary product.

By the 1980s personal computers was becoming big business, and many competitors entered the fold. As they had to invest more and more into research and development, marketing activities and other strategic areas to remain competitive, their costs increased and so did wang the price quoted to customers. Where competitors were bringing down prices, Wang Laboratories were losing customers.

The path to fully optimised pricing is a challenging one. This article has outlined through a series of pricing studies, that there is no one size fits all approach to pricing. It shows that pre-conceptions, whilst being a good place to start when it comes to reviewing and selecting a pricing strategy, should ultimately be set aside. It is more important for you to continually test and evolve your own pricing approach, to ensure it is the right one for your business, because some of your pre-conceptions may be not true.