An Introduction to the UK Lighting Industry

Currently there is a relatively even split between commercial and domestic lighting in the UK. Over the last 25 years the industry has been subjected to a great deal of new legislation and standards together with a general increase in the legislative burden on the industry.

As a result the lighting industry is now a highly complex market and in order to ensure compliance with current legislation there is a need to join a trade association that can decipher, translate and inform its members.

There are an enormous range of light fixtures and light sources on the market and although the UK market is relatively buoyant, much of the product placed on the UK is manufactured overseas. 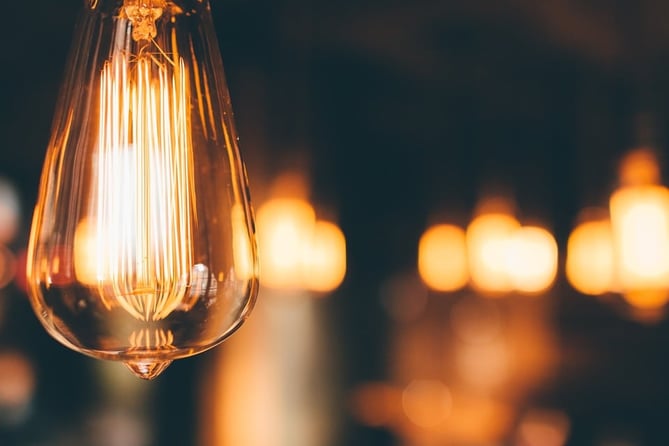 History of the Industry in the UK

The LA was formed in 1939 to represent a group of London-based manufacturers of decorative lighting. The Association grew after the war and in the 1980s began to attract members from other sectors of the lighting industry. By 2011 the membership totalled around 190 companies, with 40% from the decorative sector and the remaining membership madeup from commercial producers of luminaires, lamps and components.

The LA carried out a wide variety of functions on behalf of its members. This included training and technical representation at international and UK levels. It liaised with government departments in the UK and Europe and lobbied in Europe via its involvement with CELMA, the Brussels-based Association of European Associations on standards and legislation. The LA Code of Practice was a widely respected tool to enable members to support their claim to CE mark their products. This included an annual review of quality systems, test procedures and documentation.

The LA created the Lighting Association Laboratory, a fully accredited test laboratory dedicated entirely to the testing of light sources and luminaires for which members enjoyed beneficial rates.

LIF’s primary purpose was to promote and develop the UK commercial lighting market for the long-term benefit of its members and other stakeholders. It represented the voice of the industry in discussions with government, NGOs, the EU Commission and Standardisation bodies on issues of relevant legislation and standardisation.

Based in London, LIF provided technical and commercial support services to its members and organised discussion groups on industry issues. LIF was also a major provider of recognised and respected lighting training courses for professionals in the commercial lighting industry.

Importance of the Sector to UK Economy

The UK lighting market was estimated to be worth around £1.6 billion in 2013, representing a 5% increase on the previous year. The outlook for 2016 is for good growth based on returning confidence in the new housebuilding market and recovery within the private commercial construction sector. Value growth has also been boosted by the recent trend of retro-fitting more efficient lamps into existing light fittings, over the past 3-4 years.

The wider adoption of LED technologies, particularly in the commercial sector, has also been instrumental in driving up value growth in recent years, as has the introduction of a number of finance schemes that allow for lighting refurbishments and replacement to be paid for from future energy cost savings. In addition, the controls market has also benefitted from more efficient light sources, with the sector experiencing higher than average market growth rates. The focus on

more energy efficient lighting and further expansion of LED should lead to positive growth for all lighting product sectors, with a greater focus on integrated lighting solutions.

Recent Changes to the Sector

The UK lamps market has experienced significant change in recent years as European Directives have impacted on the supply and sales of certain lamp types. The phased removal of inefficient lamps from both residential and non-residential sectors has continued to see the replacement of the traditional incandescent lamp in the domestic sector with compact fluorescents, which in turn have been replaced by LEDs. The lamp market experienced 15% growth 2011-13, underpinned by

these changes. In addition the trend for improving lighting quality, particularly the trend for “whiter” light in the private commercial sector has increased demand for higher value LED and fluorescent products.

Luminaires dominate the UK lighting market. The luminaires market is more reliant on the levels of new build and refurbishment activity, particularly in the non-domestic sector, than the lamps market and was particularly affected by the decline in output for the private commercial sector from 2009-12. The recent trend has been positive with moderate market growth in 2014 underpinned by investment in street lighting as well as the beginnings of recovery of private sector offices and retail. In 2014 the luminaires market remained relatively steady with new product developments concentrating on energy efficiency and improved light rendering.

Lighting controls experienced good growth to 2013 when value was estimated at £177m. Key to recent growth has been the “step change” experienced in the technologies of solid state lighting controls and recognition of the need for more efficient lighting systems for all sectors. The concepts of zoning, directional and space lighting, although previously evident in the market have been brought into sharper focus by the effects of the recession and the need to cuts costs, carbon emissions and save energy.

The controls market is currently in a particularly innovative stage where new products are introduced on a regular basis thereby underpinning good value growth. This innovation stage is likely to transform to more moderate developments in the medium-term, though the integration with LEDs has created a good platform for increased use and benefit of lighting controls. There is good potential for growth from the domestic sector as the take-up of LED systems offers increased scope for a reduction in energy-use, improved controls, and is no longer limited to dimmers.

The key driver for the whole lighting market is LED lighting which has gained a significant share in the non-domestic sector in recent years. This technology represents an innovative aspect for the lighting market and is likely to promote a period of innovation and expansion particularly in terms of more integrated products, control and lighting solutions. Increased demand for LED technologies is likely to lead to an increase in average prices for some luminaires. However one of the main considerations for LEDs and the luminaires sector is the potential that LEDs provide for lighting designers to move away from traditional lighting products – e.g. separate luminaire, lamp and control – to provide single point lighting solutions.

Prospects for the Future

Prospects for the UK lighting market remain positive into the medium-term with annual growth rates of growth of around 4-6% to 2018 when the market is forecast to reach around £2.2bn. The adoption of more efficient lighting products in the medium-term will boost value growth; however, these products have increased life cycle expectations which may have more negative implications for the market into the longer-term.

Areas of particular interest include:

Some of the key UK companies