Price Discrimination is More Common than You Think

The main principle behind price discrimination is that a firm is trying to make use of different price elasticities of demand.

If some consumers have a very inelastic demand, it means they are willing to pay a higher price. If a company can set higher prices for these consumers it can increase its revenue and profits. 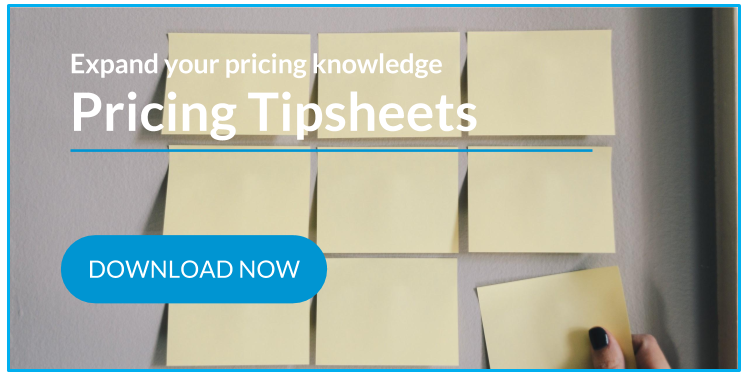 Other consumers will be more sensitive to prices (elastic demand) and so will respond to special offers and price discounts. A company can benefit if it can separate these consumers and therefore reduce a consumer surplus.

You can charge different prices depending on several criteria:

Let's look at three industries that have most successfully implemented price discrimination:

Most of the costs associated with flying are fixed costs. If an airline only has one passenger on a flight they still have to pay wages, fuel, landing charges etc.).

Therefore, to maximise revenue, the airline will endeavour to sell all the seats on an aircraft. Most airlines have invested in very expensive ticketing systems to manage price and demand, making sure they gain as much consumer surplus as possible.

If you buy a ticket several months in advance it tends to be cheaper. If demand for the particular flight is high, then the airline starts putting up the price of that flight. It means that the remaining tickets will only be bought by people willing to pay a higher price (inelastic demand).

If a particular flight is not selling very well, the airline will do the opposite and reduce the price. This lower price attracts more people who are sensitive to prices and ensures that the flight will fill up.

Ideally, the airline would like to fill up the plane with passengers paying the most they are willing to pay. There is no point in selling very cheap tickets and having the flight sold out many weeks in advance.

You may have had experience of looking for an airline ticket and seeing a flight for, say £200. The next day, you return to buy a ticket, but see it has gone up to £220. This is annoying but due to price discrimination.

The airline will reserve a certain number of economy tickets at a lower price (to attract early customers more sensitive to price).

But, if the tickets for a flight are selling well, it can afford to charge higher prices for the remaining few tickets. The airline is trying to capture as much consumer surplus as possible)

Because some flight times are less popular, these flights will tend to be cheaper. For example, most people would prefer to come back late on a Sunday from a weekend break to Paris and these late Sunday flights tend to be more expensive than early morning Sunday flights.

In economy class, Virgin offered a seat with 3 inches of extra legroom for £30.  It proved quite popular with nearly 40% of seats in economy now being taken up with extra legroom.

It’s not quite price discrimination because it’s a slightly different product, but the airline is able to charge higher prices to those consumers with slightly more inelastic demand.

Interestingly, you can only buy these extra legroom seats shortly before a flight maybe to discourage people from avoiding business class and just buying a cheap upgrade to economy?

Travelling at peak times will be much more expensive. From Monday to Friday, the cheapest fare from London to New York can be over £1,000.  However, changing the days to Saturday to Saturday, the price can fall to as little as £350.

The reason is that the customers travelling Monday to Friday are likely to be flying on business.

Their demand tends to be more inelastic (because it is paid for on company expenses). If you are more flexible and willing to travel at the weekend, you are more sensitive to price and have a more elastic demand.

Airfares also vary depending on the time of the year. During peak summer holidays, airfares are more expensive. Parents have more inelastic demand because they can’t go on holiday during term time.

Budget airlines charge for extras like check-in luggage and allocated seats. Their passengers who are less sensitive to price will pay to enter the plane early, have an allocated seat with friends and family and have a bag checked into the hold. 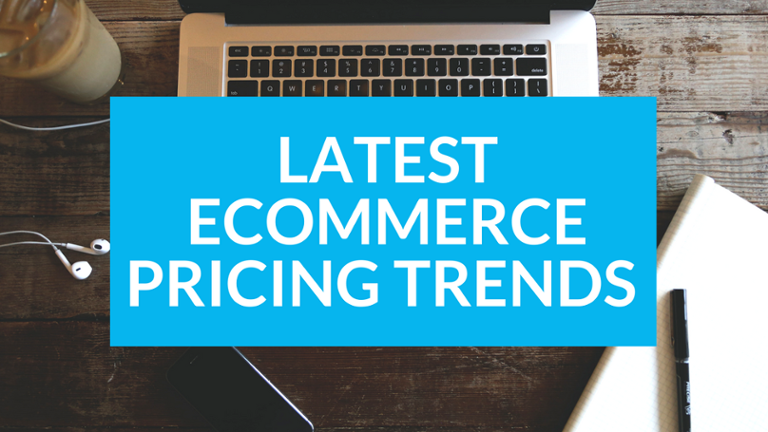 Price Discrimination in the Pharmaceutical Industry

Pharmaceutical companies are often condemned for charging prices above marginal cost and price discriminating between different countries (calculating each country’s ability to pay).

One of the primary reasons for price discrimination is the huge cost of drug research and development. The total average cost of developing a new drug can be more than $1 billion over the course of 15 years of research and testing.

Many drugs fail in clinical trials and do not even make it to the market, resulting in sunk costs.

Drug development is a high-risk but high-reward game and price discrimination can be thought of as a way for pharmaceutical companies to hedge against the huge risks by allowing them to take advantage of the entire market.

An August 2011 Health Affairs article affirms that the strategy promotes the production of new and existing products by providing money for research and development in the future.

Price discrimination is an attempt not only to recoup research and development costs but also to make drug prices sensitive to different degrees of price elasticity - the responsiveness of consumers to changes in price.

Theoretically, the ability to better cater prices to consumers’ willingness to pay means more money for research and development, which in turn fuels the drugs that benefit consumers in the long-run.

For wealthier countries, it makes sense that they are able to pay higher prices for drugs compared to countries with a lower national income, despite the political implications of this strategy.

Pharmaceutical companies use “third-degree price discrimination,” which in this case means giving discounts for volume depending on variations in disease burdens among countries.

While price discrimination does engender discontent in certain quarters, this is not necessarily justified by economics. Behind the negative notion of the "big bad pharma” lie real people whose goal it is to better the lives of patients around the world.

Despite all of the negative connotations, pharmaceutical companies do contribute to the betterment of many lives around the world.

At least for now, price discrimination may be one of the few (albeit controversial) methods by which these companies can continue to do so.

The majority of us now use mobile 'phones on a daily basis.  However, some people use them less frequently, perhaps only when they are away from their homes; for others they have replaced landlines.

Some people prefer pay-as-you-go whilst others have monthly contracts for a flat fee.  There are a variety of ways we can all use mobile 'phones and this, of course, comes at different prices.

By charging consumers the price they are willing to pay, a mobile company can increase its profits at the expense of its consumers.

There are three degrees of price discrimination in the mobile industry: the first degree means charging each consumer as much as they want to pay, therefore extracting all the consumer surplus.

This is difficult to put into practice as one cannot know the willingness to pay for each individual consumer.

The alternative is to offer as many products as possible, letting the consumer reveal their willingness to pay, e.g. various combinations of handsets and price plans, bundles of text or picture messages, 'phone insurance etc.

The second-degree price discrimination means charging a different unit price depending on the quantity purchased (non-linear pricing).  This attempts to capture the surplus by charging a lower price.

For example, the peak/off-peak discrimination: charge less when the demand is more elastic, i.e. at off-peak times.  Even if the average tariff is lower than the standard tariff it is still profitable because it is above the marginal cost.

Mobile 'phone operators have large sunk costs, like setting up the network, but once these costs are paid, the marginal cost is close to zero.  If the network has spare capacity, for example during off-peak times, then marginal cost is virtually zero.

Another way is to offer individuals a choice between a monthly contract and a pay-as-you-go one.The first comprises a high fixed cost and a low marginal cost, while for the second the opposite is true: no fixed costs but high marginal costs.

One possibility is to segment the market into individual and institutional consumers: different deals are offered to companies as opposed to individual users. 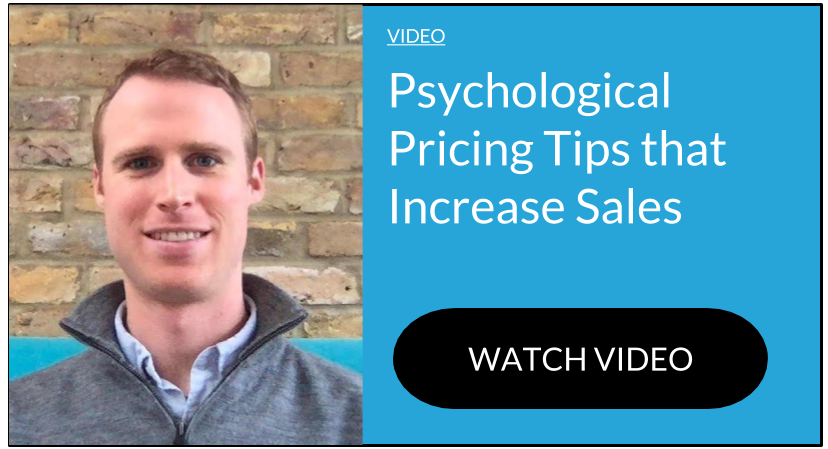 Another example is offering student deals - students are consumers without an income, so they are less willing to pay the standard price.  That's why mobile phone operators rolled out student deals, based on a lower average tariff.

Network to network call charges is another area consumers in the UK mobile industry have been discriminated against by mobile operators. It is evidenced that each industry player charges differently to calls made to other networks.

This means customers bear more cost when calling to some networks than others.

Mobile companies expand their tariffs because they want to retain their customer base; a company cannot afford to lose its already hard won market share.

To achieve this companies have to understand their customers' tastes and preferences which change with time.

Why do Companies Price Discriminate?

The Power of Differential Pricing

Ecommerce: How to Price Your Products

10 Pricing Strategies to Increase Your Profits