Black Friday is known as the day when retailers hope to make enough sales to put them in the black for the year.

Black Friday this year will be on the 29th of November and Cyber Monday on 2nd December; in the past both these days were prominent in the consumer mindset as fantastic opportunities to get the very best deals but is this still the case? The Financial Times may have called the season “the most important” in Britain’s retail sector, but is it cost-effective for retail companies? The pricing experts here at BlackCurve all agree it's not.

American retailers adopted the phrase 'Black Friday' with its positive connotations, in order to mark the start of the post-Thanksgiving sales in the run-up to Christmas. It is thought that this was sparked by many retailers spending most of the calendar year with their finances in the red. December sales brought in more customers, and thus a welcome relief, as bank accounts turned positive and into the black, much like our own name, BlackCurve, and how we support retailers to grow profits.

Black Friday came into popular understanding in the UK, when in 2010, Amazon ran a major advertising and sales campaign centred around the theme. Every year since, the buzz has grown across the retail sector, fuelled by news stories of stampedes, fighting, and more, as not only retailers competed amongst themselves for consumer wallet spend, but customers competed too, to pick up the best deals;  average discounts last year ranged from 27% off toys to 18% off televisions and computers2.

How Should a Retailer Tackle Black Friday?

If you’re smart across the whole year with your pricing decisions, these will drive higher revenue and profit returns, rather than spending a lot of time and money focusing on this one particular day. Despite the perceived savings to be made by consumers, prominent analysts such as David Beadle, a Senior Credit Officer for Moody’s, have warned that Black Friday is actually bad for retailers, with their analysis showing that it contributes to a negative return for the European retail sector as a whole6.

This, as Alan Clarke, Chief UK Economist at Scotia Bank says, is because customers are changing the timing of their purchases7. Customers are delaying or bringing forward a purchase that they would have made anyway at full price because they have been conditioned to expect a bargain over the Black Friday weekend. So, when the final tallies are in, the volume of units remains the same across the year, but the retailers have given away more of their margin.

This is typically a result of Black Friday campaigns being a poorly planned reaction to FOMO (Fear of Missing Out). Blindly selecting products to discount without assessing the data or mapping out the implications, simply encourages this downward trend. Therefore, if you plan to take part in Black Friday 2019, but have not properly done your research, our advice is to pull out, not worry about it, and treat the weekend as business as usual. To give you some further context for this, John Rogers, chief executive of Argos, highlights that they plan for the event 12 months in advance7.

Waterstones Managing Director James Daunt has said that Black Friday, due to extensive planning, provides "retail theatre" and a "very good" trading day that runs to December 7.  But, remember that at this time of year, consumers are in the mindset that they'd like to commit to a bigger purchase.   The average order tracked by Adobe Digital Insights last year during Black Friday was £117, 8.5% higher than the previous year2. The deals they select therefore support this behaviour and focus on harder to shift more expensive products, to make it a win/win for both retailer and consumer.

Alternatively, deals centre around products where the retailer has worked directly with the manufacturer to produce the goods wanted at prices wanted. Black Friday deals should not be worth giving up, and your marketing messages should support this. It’s important to remember that consumers are starting to get fatigued by the onslaught of email, web, and television campaigns around this period, so to cut through the noise, you have to be clever and offer something unique and different.

Deals should certainly not centre around the incorrect belief that consumers are making impulse buys at this time of year. This is because 40% of Black Friday shoppers end up buying something they later regret3. This is bad for business, leads to high return rates, and only contributes to support David Beadle’s conclusion.

Why not download the Ultimate Guide to Retail Pricing? At BlackCurve we have your pricing covered.

What is the Alternative to Black Friday?

Black Friday has turned into a bit of a stand-off between retailers and consumers. Retailers have trained consumers to expect it, and believe they have to be seen to be taking part, but there are more rewarding alternatives.

It is so easy to implement pricing decision technology such as BlackCurve, that has also been proven to deliver far greater overall returns. BlackCurve is powering retail pricing decisions day in day out for retailers, underpinned by artificial intelligence that assesses multiple data sets. Take one US DIY Retailer, for example, BlackCurve delivered a 30% increase in revenue and a 22% increase in profit8.

We believe that Black Friday should be a strategic, well-planned campaign that doesn’t just mean you should discount to be seen to be taking part. FOMO will get you nowhere. If it’s not well planned then you would be better off not taking part at all. Whether you’re strategic or you don’t take part, the good news is that there are more rewarding alternatives out there such as BlackCurve, as we will help you find the hidden pockets of profit in your business.

Black Friday is indeed a myth as you will just end up competing with others and lowering your prices too much; in fact, your aim should be growth and higher margins instead of lowering prices. To grow your profits why not use our software? Sign up for a FREE demo of BlackCurve's Pricing Software now! Get Automated Retail Pricing Decisions Now. 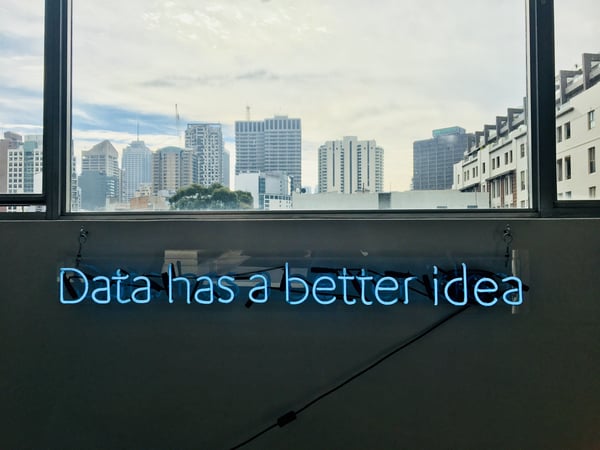