How to Use Decoy Pricing to Increase Revenue

What is Decoy Pricing?

Welcome to decoy pricing, a tactic that boosts sales of high profit items by creating another version of the product solely to make the pricier versions seem economical by comparison. Decoy pricing "forces" people to compare the pricing options, and as a result sales of the more attractive higher-priced item will increase.

Have you ever noticed how often products come in three options? While it may be partially because businesses want to offer different options to customers, smart marketing takes advantage of the decoy effect to lead customers to the most expensive purchase rather than to the one they may ordinarily make. Think about your last visit to the cinema and the temptation to buy popcorn. If there is a small and a large size of popcorn and the small one is £3.50 and the large one is £7.50, most people will buy the small. However, if you add a medium at say £6.50, most people will buy the large because it's only £1 more than a medium. The £6.50 option is the decoy.

The easiest way to spot this decoy pricing "trick" is when the cashier at the coffeeshop says something like, "Would you prefer a large latte for just 50p more?"

Decoy Pricing can also point the customer to the medium priced option when they see the cheapest version as inferior and the highest priced version as too expensive for the likes of them – the middle option is a compromise between the cheapest and most expensive and they feel satisfied that they have the best deal because it offers them the best value.

If you want to get people to buy your service or products, you need to understand how people make purchasing decisions.

Why are people "fooled" by Decoy Pricing?

Are we all suckers or what?! No, it's all to do with cognitive biases. These are the tendencies of our brains to think in certain ways, they are “unconscious” triggers that make different connections in our brain to help us make decisions that lead to systematic deviations from a standard of rationality or good judgment.

Humans do not generally seem to know what they want and make decisions according to the context in front of them. This means that the way things are presented has a huge effect on their decision making. A cognitive bias happens when we’re presented with more than two options which causes us to prefer one option over another option simply because it looks better or is priced better.

The decoy pricing strategy relies on two specific effects: the compromise effect and the attraction effect.

The compromise effect states that consumers give preference to “median” products, or in psychological terms, it relies on the assumption of “extremeness aversion”. Given the choice between three different products, consumers are not likely to opt for the cheapest one because they assume that it is inferior in quality to the other two. They will not choose the most expensive product either as they assume that this product has unnecessary non-essential features. They will therefore choose the median product because this type of product is likely to have an acceptable level of quality and will only contain the necessary features. In this case, a pertinent pricing strategy would involve introducing a top-notch product with a very high price (and big profit margins) in order to create a median effect on other already expensive products, or to introduce a very cheap low-quality product, making the other products appear more attractive. 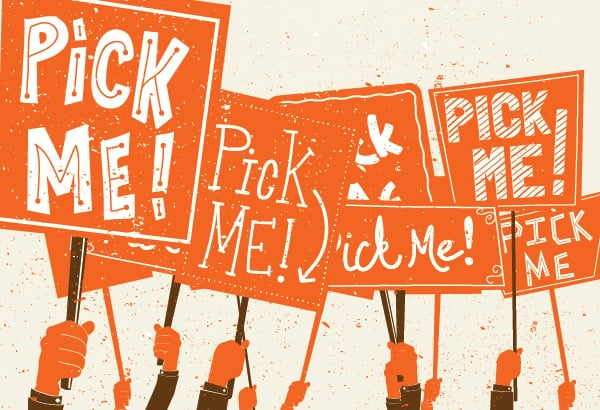 The Economist example clearly demonstrates the “attraction effect”, an effect that can be considered as one of the main phenomena associated with decoy pricing (as outlined by Simonson).

According to rational choice theory, the decoy effect should not really exist in practice. However, this theory relies on the assumption that consumers’ purchasing decisions are perfectly “rational” and take into account all the “right information”. In truth, the consumer does not often possess the “perfect” level of information about a product. As a result, consumers’ purchasing decisions are often made without taking into account all the information about any given item. This incites companies to wisely choose their marketing and pricing strategies, ensuring that imperfect information is sometimes deliberately provided to consumers in order to maximize both sales and margins.

Consumers are often not capable of comparing products that are very different from each other and that have very distinct usage. However, they are usually able to compare products that are similar to each other and therefore to understand the differences that may exist in the closely-aligned items. In other words, consumers prefer to make a rational choice vis-à-vis a limited scope of products – the very essence of decoy pricing.