Are These The Worst Pricing Mistakes Ever? 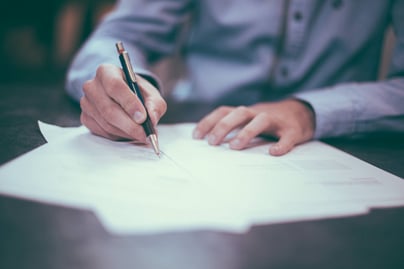 Come on, admit it - you may have made one or two pricing errors during your esteemed pricing career – but surely none as costly as those detailed below?

An online pricing error resulted in all items on their website marked down to £34.99.  As you can imagine, eager beavers quickly snapped up thousands of pounds worth of goods after news of the error spread on Twitter.

Screwfix quickly realised its mistake and cancelled all orders that had not already been delivered or collected from stores and said it would issue refunds to customers. It said people who had already received their goods were unaffected.

Many customers who missed out are angry that the company is not honouring their purchases, especially as they had paid for the goods and the majority had received an email saying the product had been dispatched.

Screwfix’s terms and conditions say they only accept orders once they are delivered. It says the processing of a payment and acknowledgement of an order does not constitute a legally binding contract.

The supermarket chain withdrew a (one use only) voucher that offered shoppers a £50 discount on their shopping. A glitch meant shoppers could use it repeatedly – and hundreds did just that.

The supermarket cancelled the voucher within hours and would not honour any outstanding orders.

A buy one, get one free offer on Danone’s Oykos yogurt and tubs of I Can’t Believe It’s Not Butter scanned at buy one, get three free at the tills. One enthusiastic shopper ordered 72 yogurts and 12 tubs of the butter substitute for £2.34!

Other errors by the supermarket giant have seen Terry’s Chocolate Oranges sell for 29p instead of the list price of £2.75, Cathedral City Cheddar sell for £1 instead of £6.55 and six bottles of wine, usually worth £59.94, scan at less than the cost of a single bottle.

Next accidentally priced a £1,198 pair of sofas at £98. Bargain hunters rushed to the retailer’s website and placed orders, had their accounts debited and received confirmation emails with estimated delivery dates. The apparent bargain was posted on deals website Hotukdeals.com and orders flooded in until Next withdrew the offer.

The store then disappointed customers by falling back on terms and conditions allowing it to cancel orders before the goods were dispatched for delivery.

Catalogue retailer Argos claims offering Nokia's Lumia 800 smartphone for just £119.99 was a mistake. It normally sells the smartphone for £449.99 but for a few hours the price was advertised at £119.99.

Despite news quickly spreading, and risking customer wrath, Argos maintained the price was a mistake and cancelled any orders at the £119.99 price.

However, retailers don’t always get their way when it comes to pricing errors.

For example, a Marks & Spencer (M&S) pricing blunder saw 50 inch 3D plasma screen TVs - which normally retail at £1,099 - on sale for just £199. After the orders flooded in, the high street giant realised its mistake and cancelled orders at the knock-down price, offering disappointed customers £25 as a goodwill gesture.

An online petition entitled "Marks and Spencer supply our TVs that we paid for" forced M&S to do a U-turn and honour the orders. It made some valid arguments about the binding contract M&S had entered into when it accepted orders and took customers’ money.

After the turnaround M&S said honouring the orders was a “business decision” and didn’t admit its original stance was wrong.

So, What are Consumer Rights In-Store and OnLine?

Under the Sale of Goods Act, if an item is priced incorrectly on the shelf, or scans at the wrong price at the till, retailers are under no obligation to honour it. They can offer the item at the correct price or refuse your money and withdraw the product from sale.

If a pricing mistake is not noticed and the customer pays for an item at the reduced cost, the purchase is considered a legally binding contract between the retailer and the customer. The shop has no legal right to claw back any money if it later realises there has been an error.

The law is not as clear-cut.  The legally binding contract is complete when a retailer accepts an order. However, acceptance does not necessarily happen at the point of order. Even the confirmation email may not be an acceptance.

Some retailers reserve the right to cancel an order up to the point of delivery. It is therefore important to carefully check the retailer’s terms and conditions (which must be available on their website) and emails.  If a retailer simply acknowledges an order, there may be no contract at that point.

If an item has been very heavily discounted and it is clear that an error has occurred, the trader can say that it was obvious that they had no intention to form a contract at that price.

In the Screwfix case for example, the company could argue that a ride-on mower that normally retails at £1,599.99 would never be on sale for £34.99 – and the consumer must have been aware this was a mistake.

Where an item could feasibly be priced at £34.99, something normally priced at £40 for instance, Screwfix would probably have to rely solely on its terms and conditions.

We all make mistakes, it's just that some are more costly than others.  If you've made pricing mistakes, learn from the experience.

If your company can "afford" to do so, allow customers to purchase their item at the advertised price – but make sure you've taken all necessary steps to correct the pricing error – and prevent such an incident happening again.

It's naturally important to maintain good relationships with your customers and bad publicity does unfortunately travel fast in today's markets.

If the law is on your side and you are not being forced to give away your profits to aggrieved customers offer some recompense to the customer, an incentive for them to continue purchasing from you.